Enough time has passed and I felt that it was about time to write about my daughter Olive’s journey.  This is part for her and part of therapy for me.  I would like her to understand what it was like while all the details are fresh in my mind.  Before I talk about Olive, I need to talk about my older daughter Meadow. 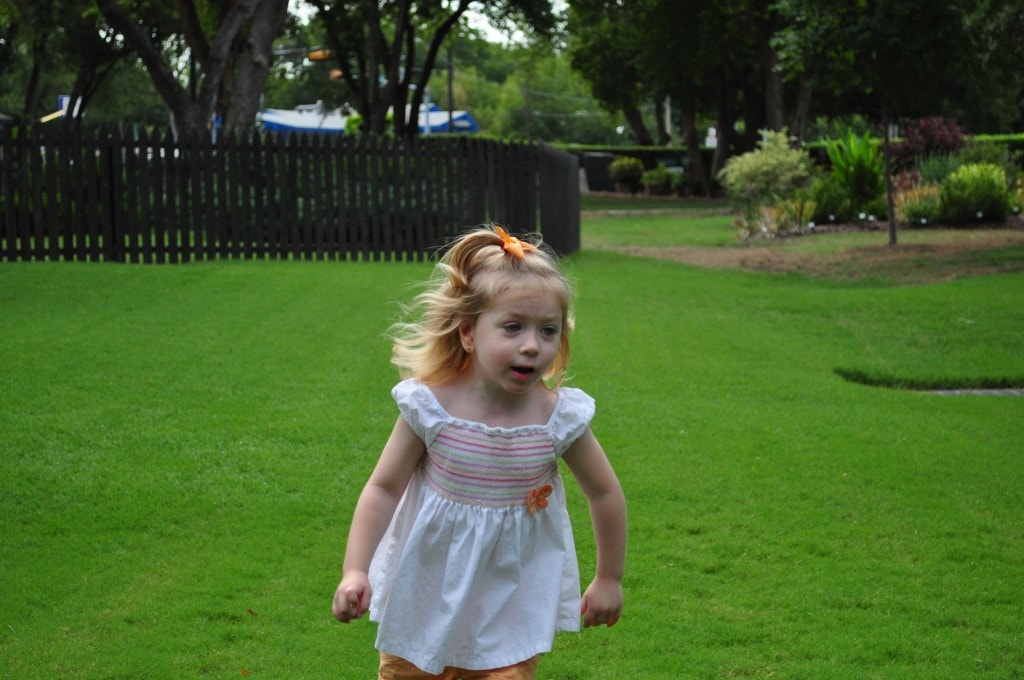 Meadow had severe reflux and slow stomach motility when she was born.  Her stomach was slow to digest food so she never felt hungry enough to want to eat and she also vomited daily until she was 14 months old.  Due to all that trauma, she developed food fears and oral aversions.  Fast forward 2 years later and she is a whole different kid thanks to speech and feeding therapy.

When I found out I was pregnant with Olive, my husband and I had some fears that she would go through the same things as Meadow did. During one of my ultrasound appointments, they noticed Olive was not growing as well as she should have been.  I had what is called a partial umbilical cord insertion.  That meant the the umbilical cord grew in the side and not the center.  When the cord grows in the side, it cannot spread it’s roots out enough to nourish the baby well.  So she was not getting enough nutrients.  There was nothing I could do but pray she would get to be a decent size. 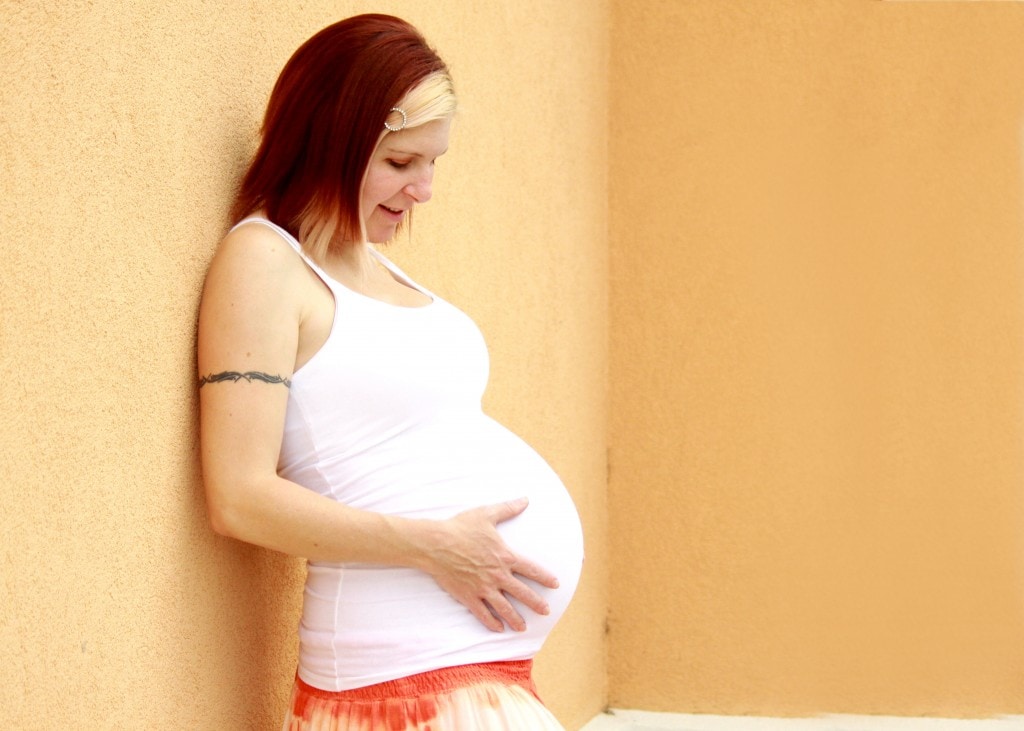 Olive was born on May 23, 2011 after only 2 hours of labor she flew out into the world. She was tiny, only weighing 5 lbs 3 oz and she was 17 inches long.  She got checked out by the doctor and we were told that she was okay to come home with us just like any other newborn. 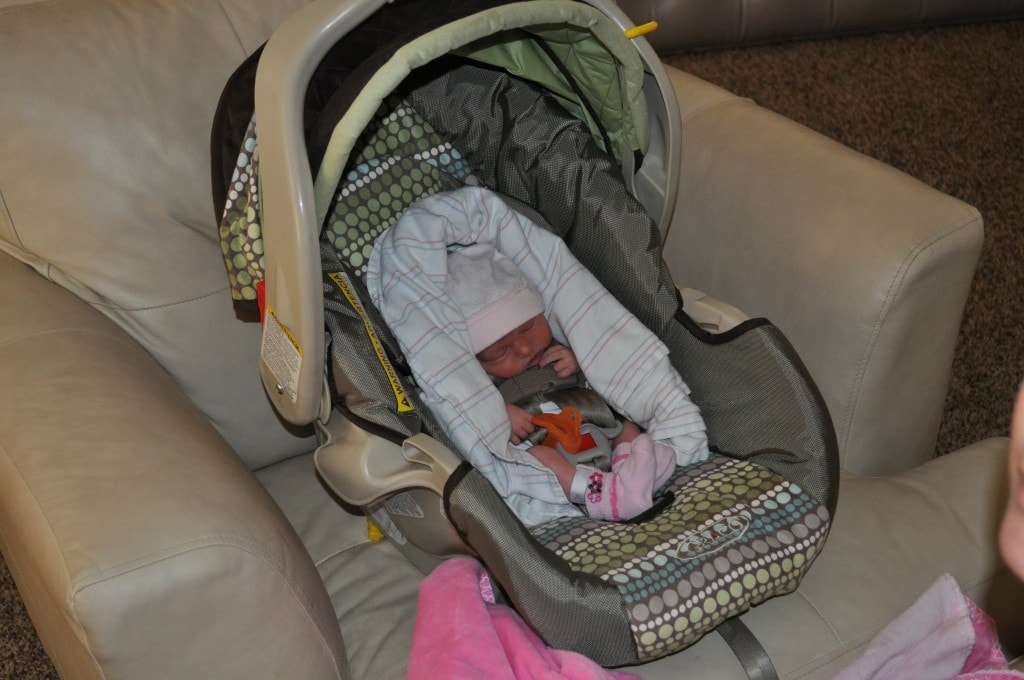 As you can see she was tiny. 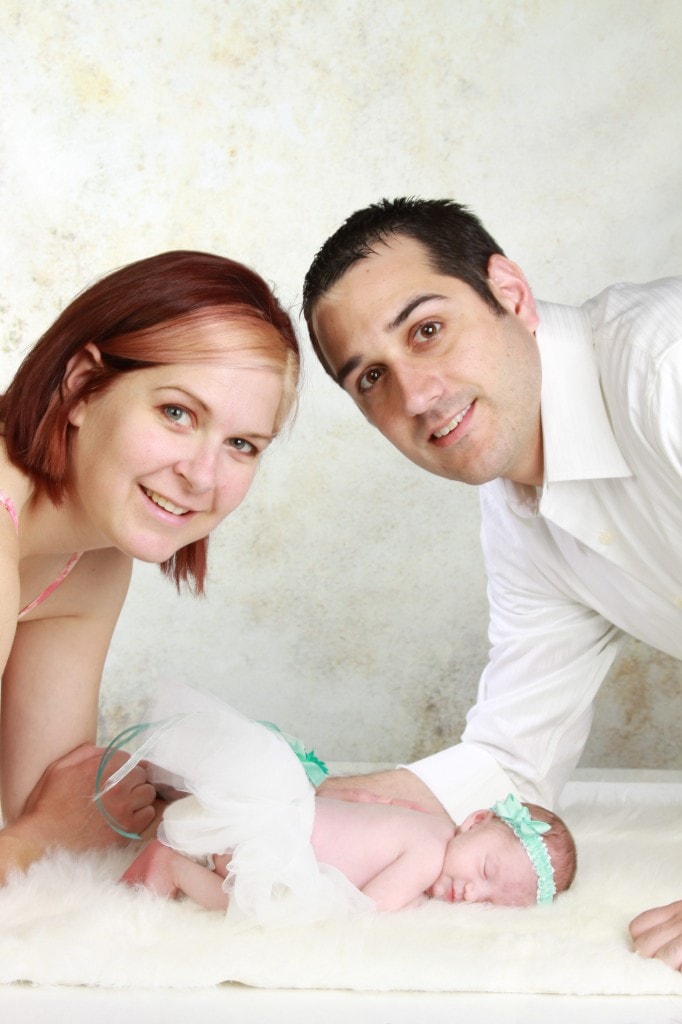 Shortly after she was born, she developed this horrible butt rash that wouldn’t go away.  We had her on a special formula because, just like her sister, she was allergic to everything including breast milk.  Changes in diet were no help.  She had a milk/soy protein allergy.  When we took her to the doctor for her 1 week checkup, we thought she had been eating okay, but it turned out she had actually lost weight.  The doctor seemed a bit concerned and wanted to see her back in a few days.  We were charting what she ate and we thought it was a lot for a teeny baby.  We were shocked she wasn’t gaining.  When we went back, she still hadn’t grown much.  They decided to change her formula again.  She also began to vomit every meal just like Meadow had.  During all of this, I should mention, I was falling apart mentally between, my husband working around the clock and I was left, sleep deprived to take care of two babies.  One had the feeding issues and then we had no clue what Olive’s problems were.  We were living in Las Vegas with no family support.  We were drowning in medical bills from my older daughter’s many hospitals stays.  So, we made the tough decision to spend our savings to pack up and move to Texas to be near my husband’s family.  We basically moved in with them for the help and to get back on our feet again.

During the drive from Las Vegas to Dallas, we noticed Olive started to deteriorate.  She was eating less and less. We thought it was due to the heat.  We moved in the middle of the summer and it was so hot that the AC couldn’t even keep up in the car.  She actually got so bad that my husband decided to put us on a plane in Amarillo and she and I flew the rest of the trip.  Once we were in Dallas, she still wasn’t getting better.  We decided to take her to the hospital to get some fluids.  They took one look at her and admitted her for failure to thrive.  She was 3 months old and only weighed 9lbs.

We spent the next 9 days in the hospital while they ran various tests on her.  Some of the scary ones were for cystic fibrosis and brain tumors.  I was an emotional wreck between the lack of sleep and the stress of the move.  One of the tests they did was a swallow study.  That is when we found out she was aspirating all her food.  The nurses kept saying by the grace of god,she was spared pneumonia.  They sent her home with an NG tube.  That is a tube that goes up your nose and all the way down to your stomach.  We were taught how to place it if it came out.  A horrifying experience for both parent and child.

When we were home, she still continued to vomit, so much in fact, that she would vomit the tube right out.  We ended up back in the hospital to have a G tube placed.  That is a tube that goes through the skin and is held in by a balloon.  This is what it looks like. 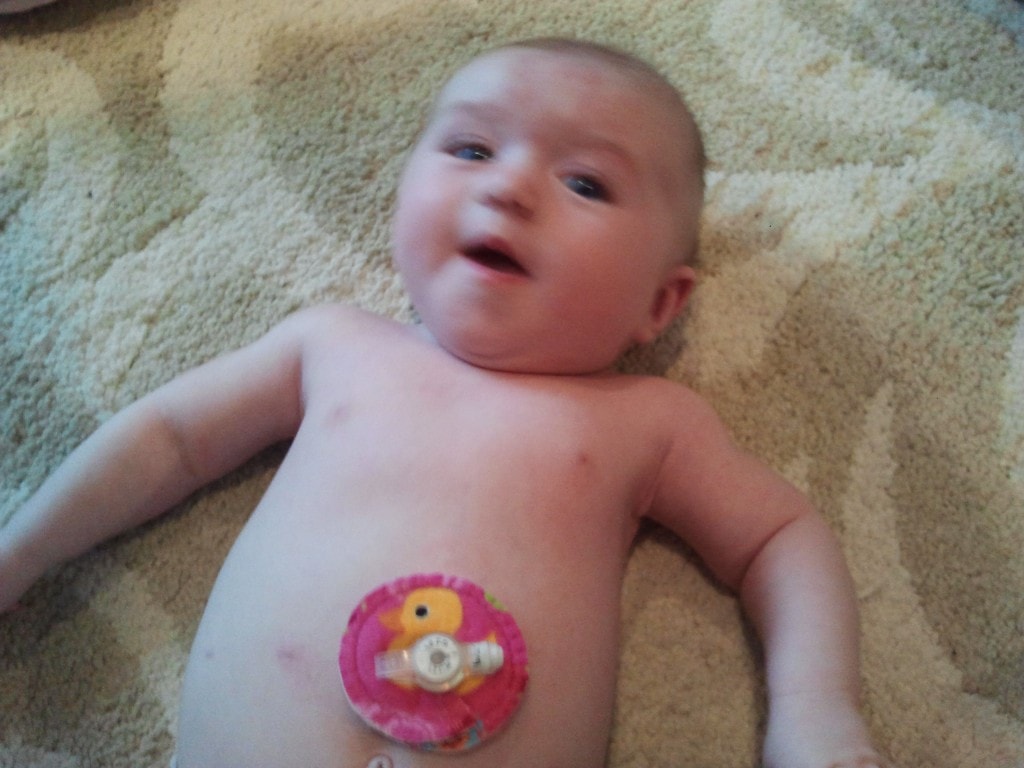 Making the decision to have the surgery, was the hardest decision, but also one of the best I could have made.  It SAVED HER LIFE! She did continue to vomit daily until we started the blended diet.  Despite her hard beginning, she is the biggest goofball I have ever met and is never without a smile.  This photo captures her spirit. 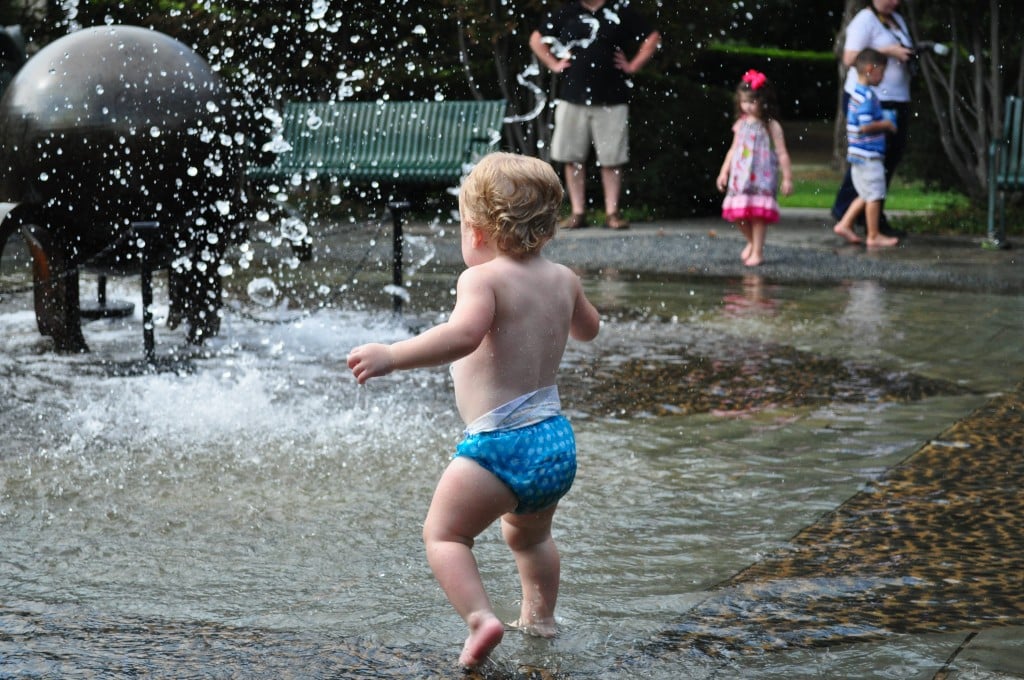 Living with my in-laws allowed us to pay off all our medical bills and save for our own house.  We bought a house in April.  We will be forever grateful to them for letting us get back on our feet.  Olive no longer aspirates and eats small amounts orally now.  She is a totally normal 21 month old.  Her speech is delayed due to having the tube, but other than that, she is fine.  I know in my heart that we will be rid of the tube one day.  So that’s the whole long story about my little fighter. 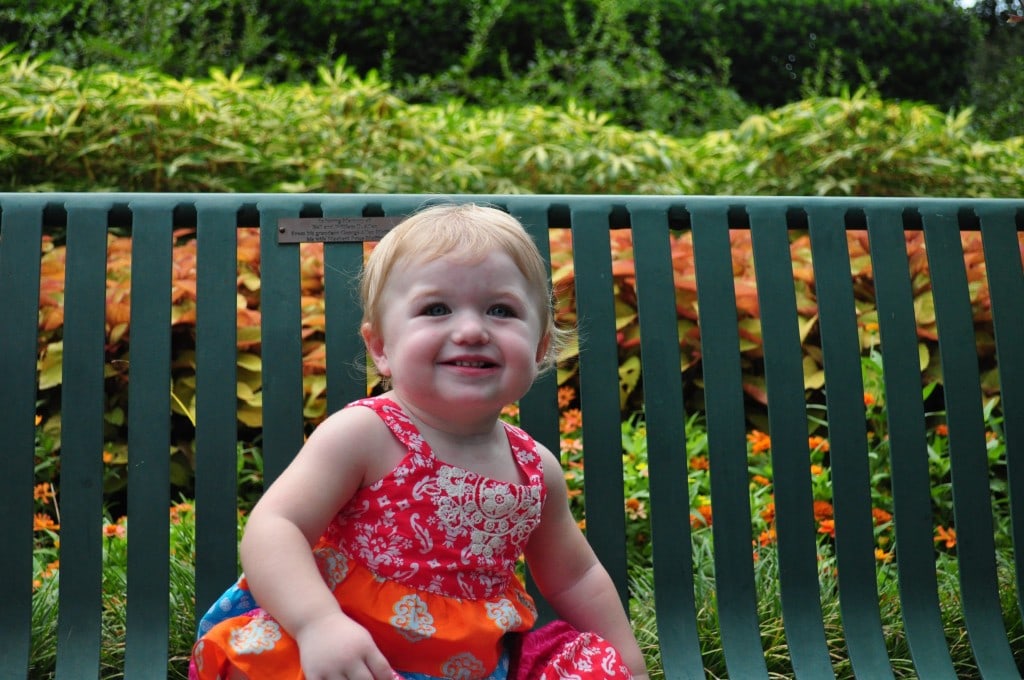 UPDATE: It is now January of 2014 and I am happy to say, we are giving Olive less and less tube feeds.  In fact, there are several days we have had to give zero feeds through her tube.  Thank God!  She loves to eat and is doing amazingly well.  One of her favorite foods is my sweet potato veggie burgers.  She loves them!

UPDATE: We have not used Olive’s feeding tube in the last 4 days other than to give her water.  She is doing amazing and I am so proud of how far she has come.

UPDATE 8/27/14 :  Olive has been eating and drinking all on her own for several months.  Yesterday, we got the green light to remove her feeding tube.  We pulled it out last night.  So proud of my little girl and I thank God for letting me be her mom. I feel very blessed.

UPDATE 10/12/16 : Olive had the tube removed with very little complication. She eats and drinks like a anyone else. The only problem she has to date is some speech delay and is in speech therapy in her school. She has come such a long way and says she doesn’t even remember having a feeding tube anymore. We are so thankful for how this story has progressed.