Coconut Vanilla Granola.  I have to admit, I am more of a vanilla girl than a chocolate girl.  You could probably already tell that from my coconut vanilla overnight oats and my coconut vanilla chia pudding.   I couldn’t get enough of this coconut granola.

It was so good!  My picky 4 year old ate this up fast! 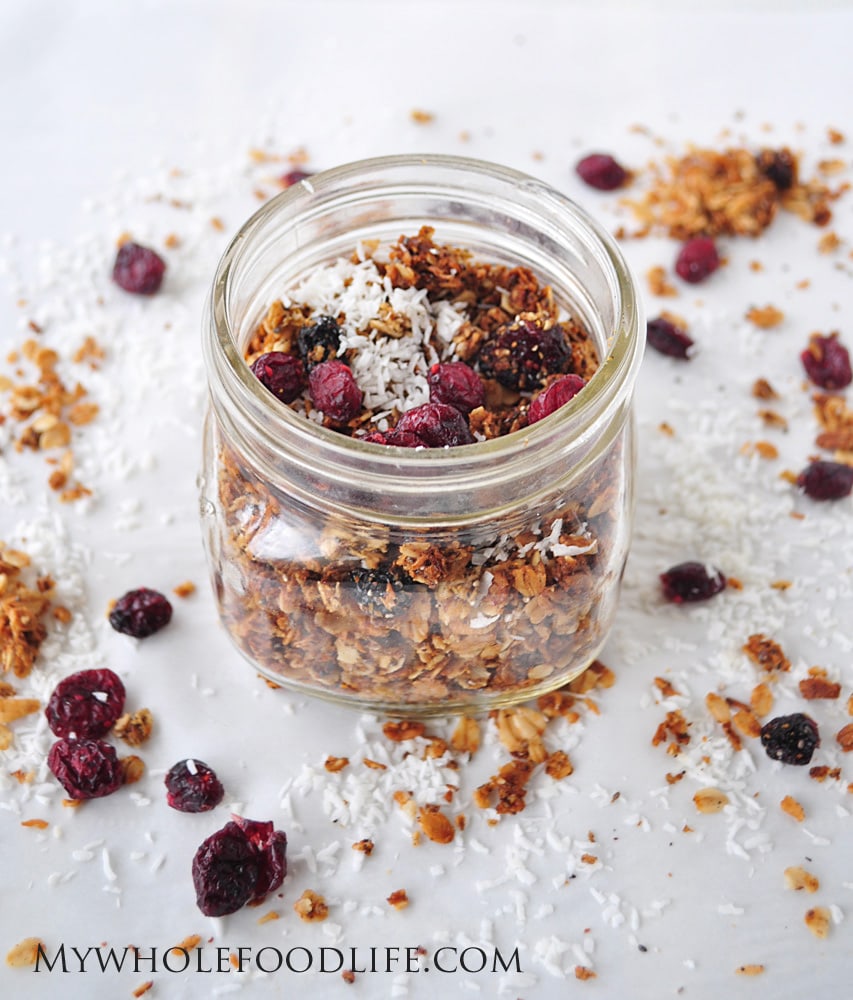 I have to admit, this recipe was actually supposed to be granola bars, but when I went to cut them, they crumbled.  Same thing happened with my Blueberry Cashew Trail Mix.

Since the taste was amazing, I decided to share the recipe as granola.  This homemade granola is bursting with vanilla and coconut.

I just love those ground vanilla beans. They make everything so yummy!  If you haven’t tried them, I highly recommend it. 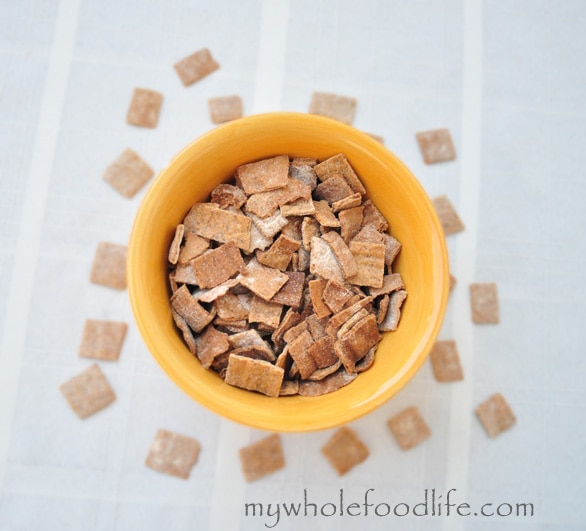 The other day I made Pecan Pie Larabars.  They came out really good.  I had some leftover pecans, so I wanted to try a Pecan Pie Granola.  I love granola and eat it almost every day.  It keeps me full until lunchtime, which is something that cold cereal could never do. 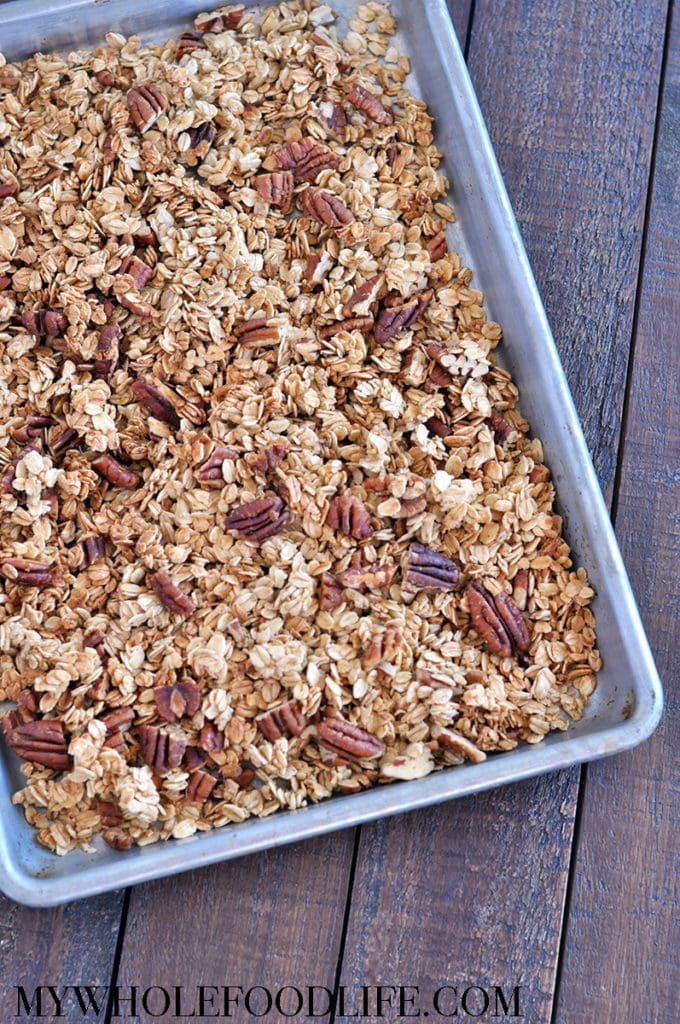 I was really happy with the outcome of this pecan pie granola so I am sharing it with all of you!  This makes a great afternoon snack as well.  I used ground vanilla bean instead of vanilla extract in this recipe and it really makes a difference.  I buy it off Amazon and I love the stuff. 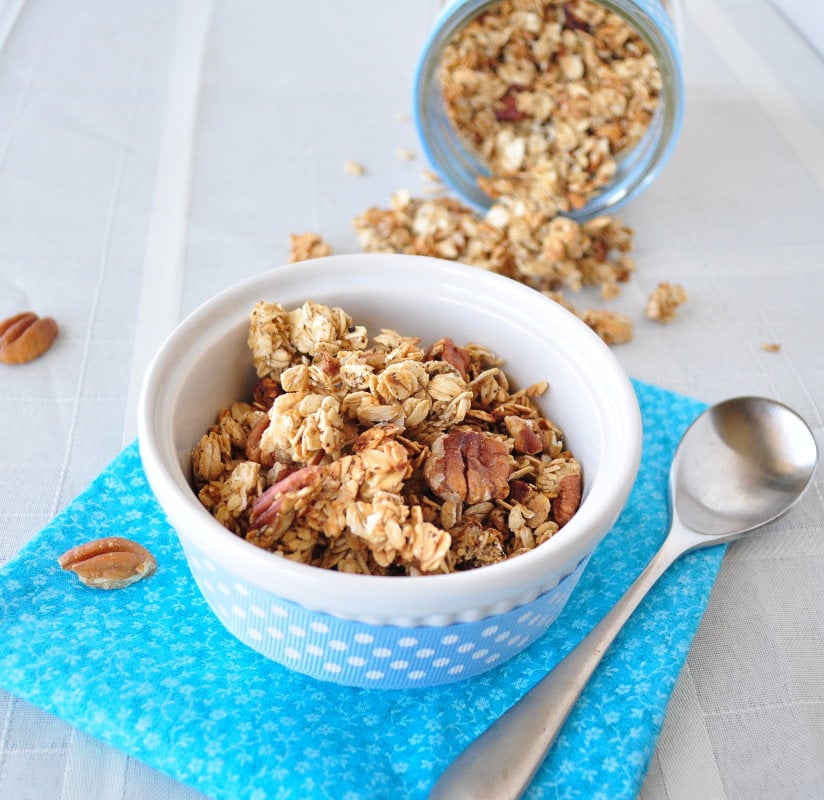 We filmed a short video for this.  You can view it below. For more recipes, you can subscribe to my You Tube Channel.