Homemade waffles are a staple at our house.  My kids love them.  I always make a big batch and freeze them.  That way, they are really no different than the frozen waffles in a box.  They are different in one way.  My homemade waffles contain no refined sugars, no refined flours and no other strange ingredients. These Mixed Berry Waffles are perfect for spring.  My kids just love fresh berries, so I knew these would be a hit.  I was excited to test out my new waffle maker

too.  I was happy that it could make 2 waffles at at time! 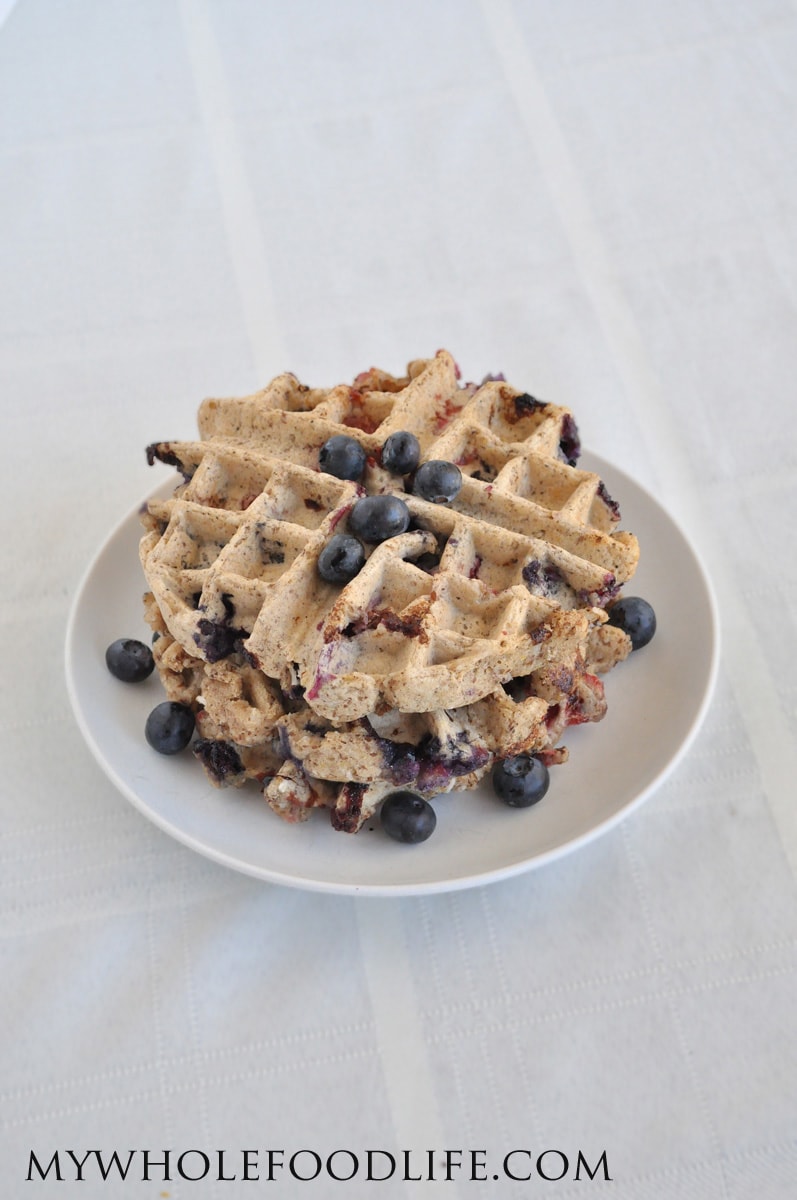 These mixed berry waffles are gluten free and vegan. 🙂  My kids just loved them and I hope you do as well.

Gluten Free Apple Cinnamon Waffles.  My kids love waffles.  Before we decided to eat clean, I used to buy the pre-made boxed waffles.

For some reason I thought waffles were hard to make yourself.  That could not be further from the truth!  Waffles are super easy and these Gluten Free Apple Waffles are my daughter’s favorite.

I have had an Apple Cinnamon Waffle recipe on my blog for some time now, but I didn’t have one that was gluten free.  Now I do. 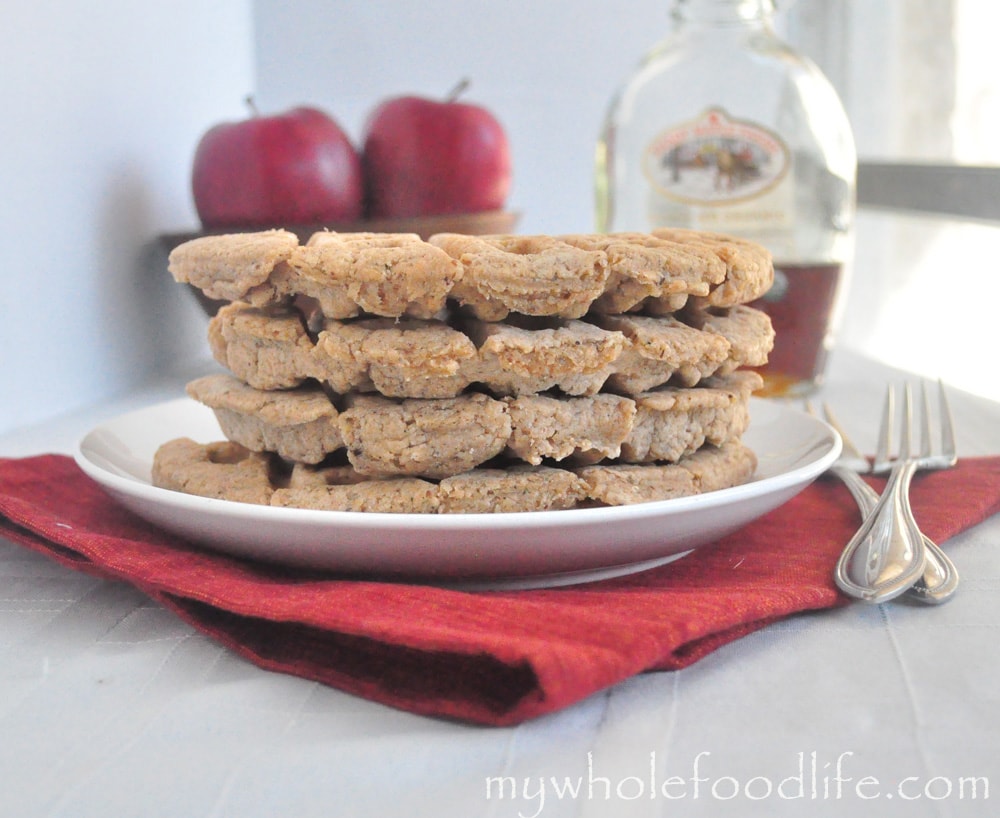 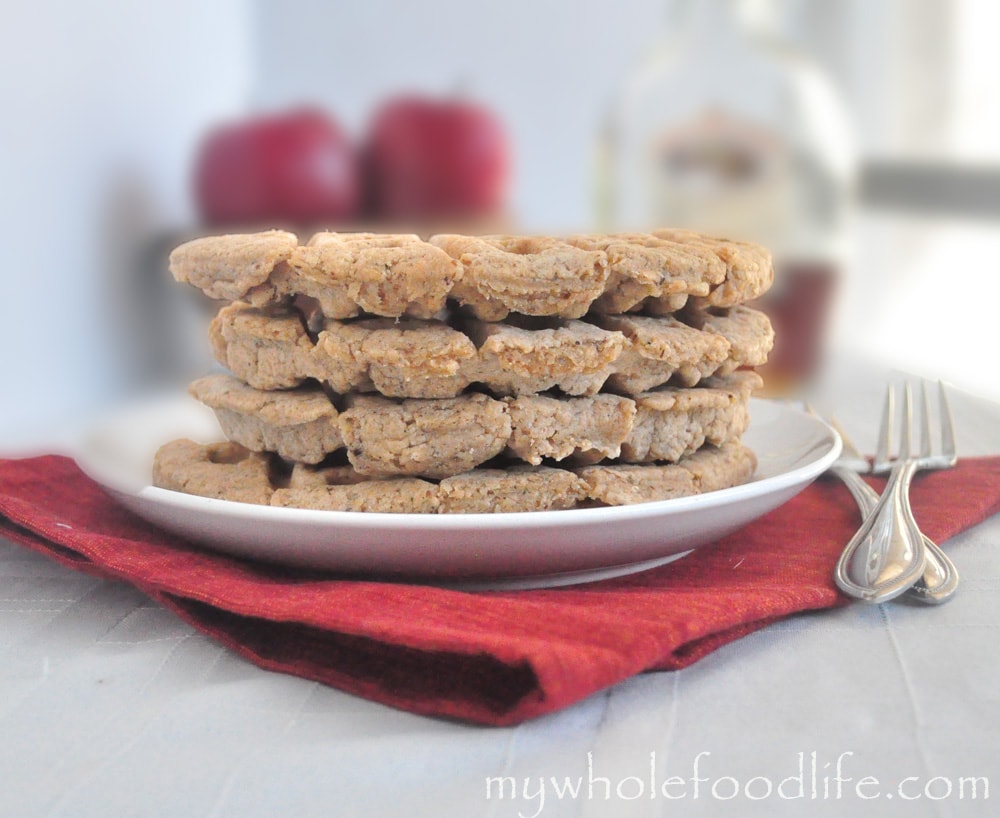 This recipe was inspired by my Maple Vanilla Almond Granola which is my most favorite granola.  In the granola recipe, I use leftover almond meal from making my Homemade Almond Milk.  So I was hoping I could use some leftover meal in the waffle recipe as well. 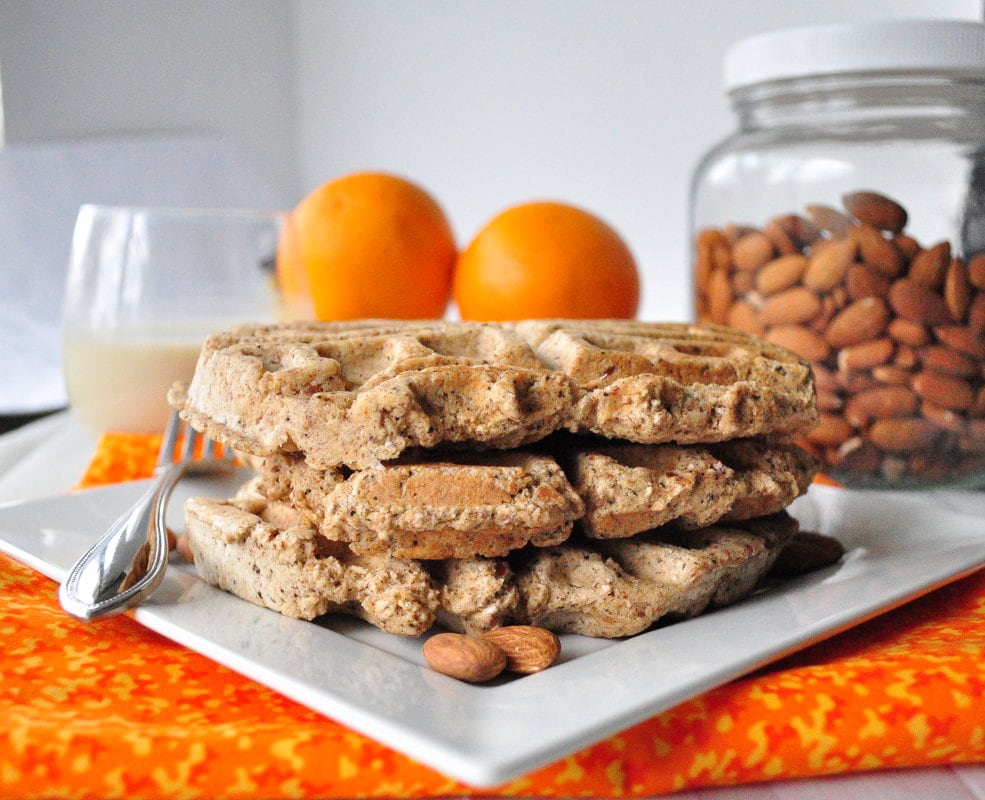 It worked!  So excited.  Love when that happens.

I got about 4 1/2 waffles out of my batch. If you have leftovers you can freeze them and re-heat later. I do it all the time. Enjoy!

Almond Joy Waffles.  Sundays at our house have a morning tradition of waffles or pancakes.  Lately, it has been waffles.  I think my older daughter really looks forward to it.

We used to do pancakes in my house growing up and I loved it. Today, I made some Almond Joy Waffles.

To get things going quickly in the morning, I mix all the dry ingredients the night before.  That way, it’s just as quick as store bought pancake mix, but much healthier! 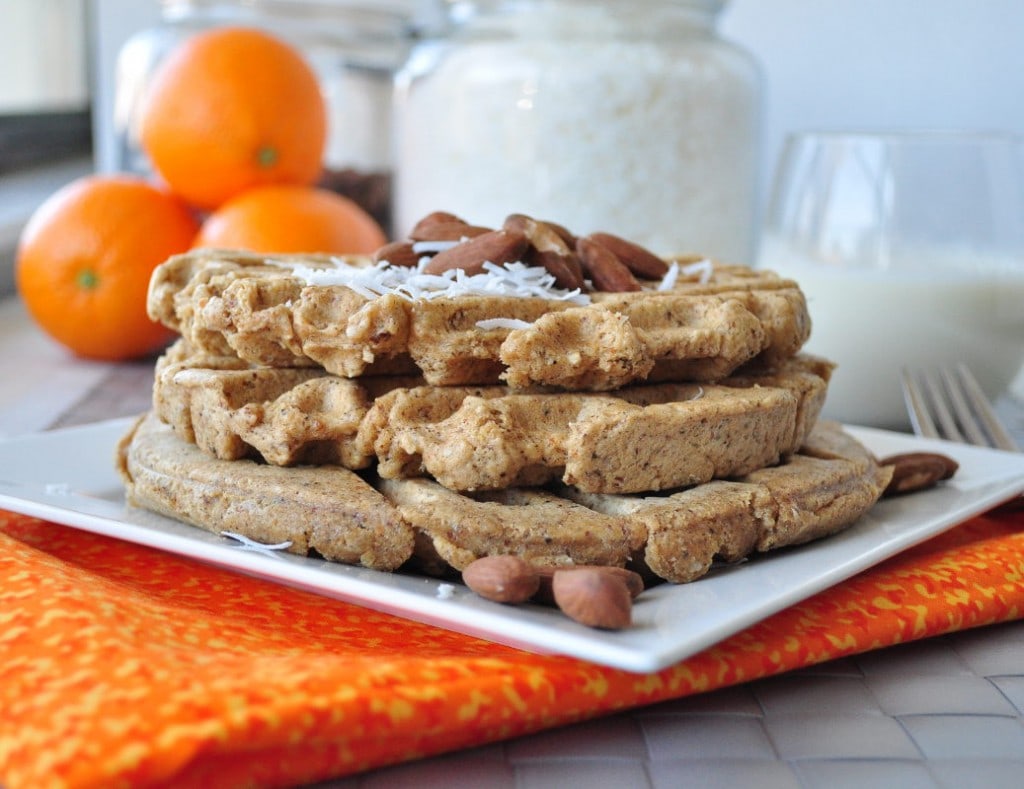 I wasn’t really a fan of the Almond Joy bar growing up.  I have grown  to love all things coconut now.  My husband, on the other hand, loved them so I knew he would enjoy these.

I know it’s not exactly fall anymore, but I didn’t have my waffle iron back in the fall so I am making pumpkin spiced waffles now. 🙂  Since we got the waffle iron, waffles have become a weekend tradition.  My daughter Meadow seems to just love them.  I have made Blueberry Oatmeal Waffles and Strawberry Banana Waffles in the past.  This week I made these pumpkin spiced waffles and they were a hit! 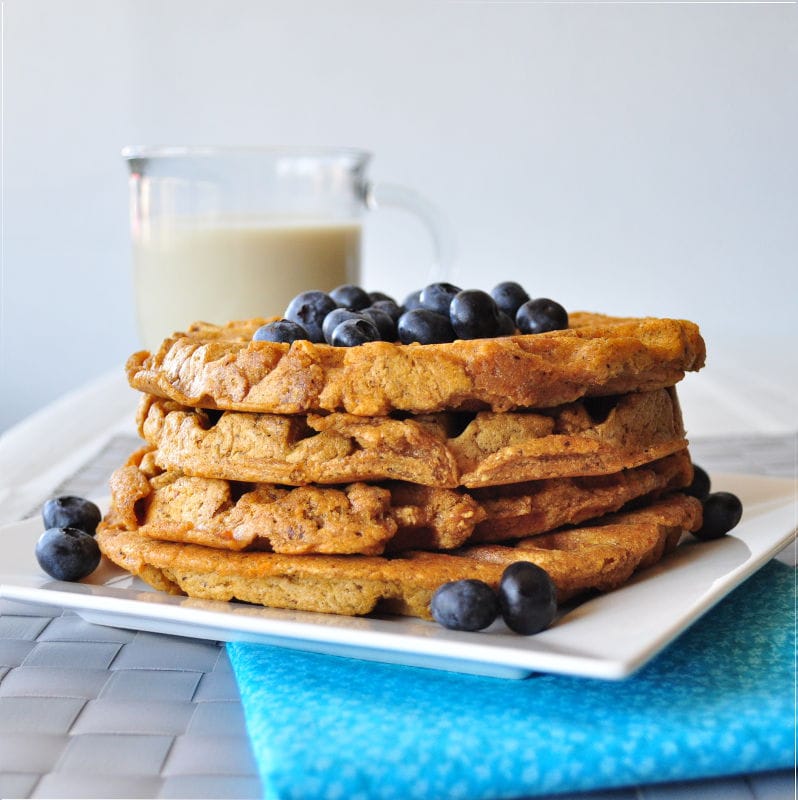 Recently, in my quest to learn all about flours, I learned that there is such a thing as white whole wheat and that it is actually a whole grain.  So I bought a bag and made these with it.  I think they turned out much fluffier than waffles made with whole wheat.  I can’t wait to experiment more with it.  I find it works well to mix all the dry ingredients the night before so these can be made quickly in the morning for my hungry three year old.

I got about 5-6 big waffles out of this recipe. You can freeze the extras if you have any. Just place a sheet of parchment paper in between each one. Easy peasy.